To understand this one has to understand the layman definition of robotics first. Robotics is a multidisciplinary field that operates with the practical application of computer science, technology, and physics. It is a process of designing, manufacturing, controlling, and using robotics devices. While some robots are designed to operate by themselves, others need to be operated by women. The domain of robotics witnessed the growing interest of engineers in the 20th century when the first autonomous robot was introduced to people.

A robot is a machine that is designed to carry out tasks that reduce the burden on humans. They are widely used in commercial and industrial units. The advantages of using robots are they are highly reliable, accurate, and best suited to get work done with optimum utilisation of given resources. Robots are also used to perform activities which humans are not suited to do or which may cause loss of human life.

For instance, robots are used in laboratories where they are exposed to chemicals that can be dangerous for humans. So in this regard robots have made human life more efficient. The invention of robots has paved the way for humans to carry out inventions without the risk of human life. Robots, in the current paradigm, are widely used in the field of space exploration, agriculture industries, eyecare, healthcare, military, and many other industries.

Understanding the Functioning of a Robot

To understand how robots function, students should first know the difference between a machine and a robot. A machine can perform a set of predetermined tasks and needs the control of humans to get the task done. A robot is more than a simple machine. Unlike machines, they can be reprogrammed to do an entirely different set of activities. Also, it can work efficiently with the control of humans.

A robot has an artificial intelligence of its own. To perform tasks in an efficient manner, robots use sensory data that helps them while doing their work. Robots are made with an inbuilt advanced software system that helps them to be autonomous and carry out activities on their own.

Science has been thriving among humans since it existed. The dynamic nature of science leads to a new variation in pre-existing technology every day. Robotics is a vast industry, and there are four major types of robots, as follows:

Revolutionary impact and trend in the robotics industry

With so much technological advancement happening each day, it would be wise to say that humans are never stopping on their way to advancement. The domain of technology, especially robotics, has witnessed tremendous growth in the past decades. Earlier robots weren’t equipped with modern features like sensory control, artificial intelligence, etc. Initially, simple kinds of robots were used in manufacturing units mostly. With the revolution in technology and artificial science, robots got smarter and they assumed roles in different industries, such as automation, medical, military, etc.

Modern robots are designed to reduce human workloads. One of the benefits of robots is that they reduce carbon footprints and are efficient in the development of the supply chain. Also, augmented robots have completely revolutionised the domain of biotechnology. A lot of research has been going on in this domain of robotics since it could possibly bring a significant change for those humans who have physical disabilities. Looking at the heavy investment in R&D of the robotics industry, one can definitely conclude that this industry is going to experience constant growth in the coming years.

What is Robotics? You can find out more by tapping on the link provided. 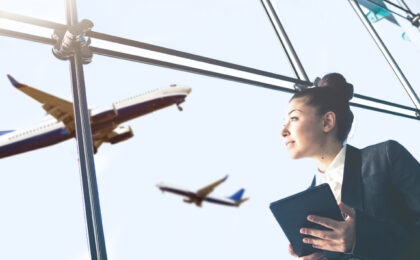 Air hostesses are the backbone of an airline. They make sure that…